In the late 1940’s Jardur Aviation Company (previously Jardur Import Co.) introduced the second series Bezelmeter reference 995 in a slimmer stainless steel case with angled and bevelled lugs. The countdown bezel is narrower than the first series, the dial is similar but featured “incablock antimagnetic” just below the central point and the hour, minute and central second hands changed to syringe style with luminous inserts.
As in the first series Jardur offered customers a choice of dial. The bezelmeter was the most complex. Other options included black with degreemeter, black without scales, white with telemeter and tachometer scales and white with no scales as in this rare example. The movement is a Valjoux 72 signed Pilgrim Electric Corp. It is believed that the company continued to exist as late as 1970.
(Reference: Jardur The History and its Escadrille by Shermer & Wingfield) 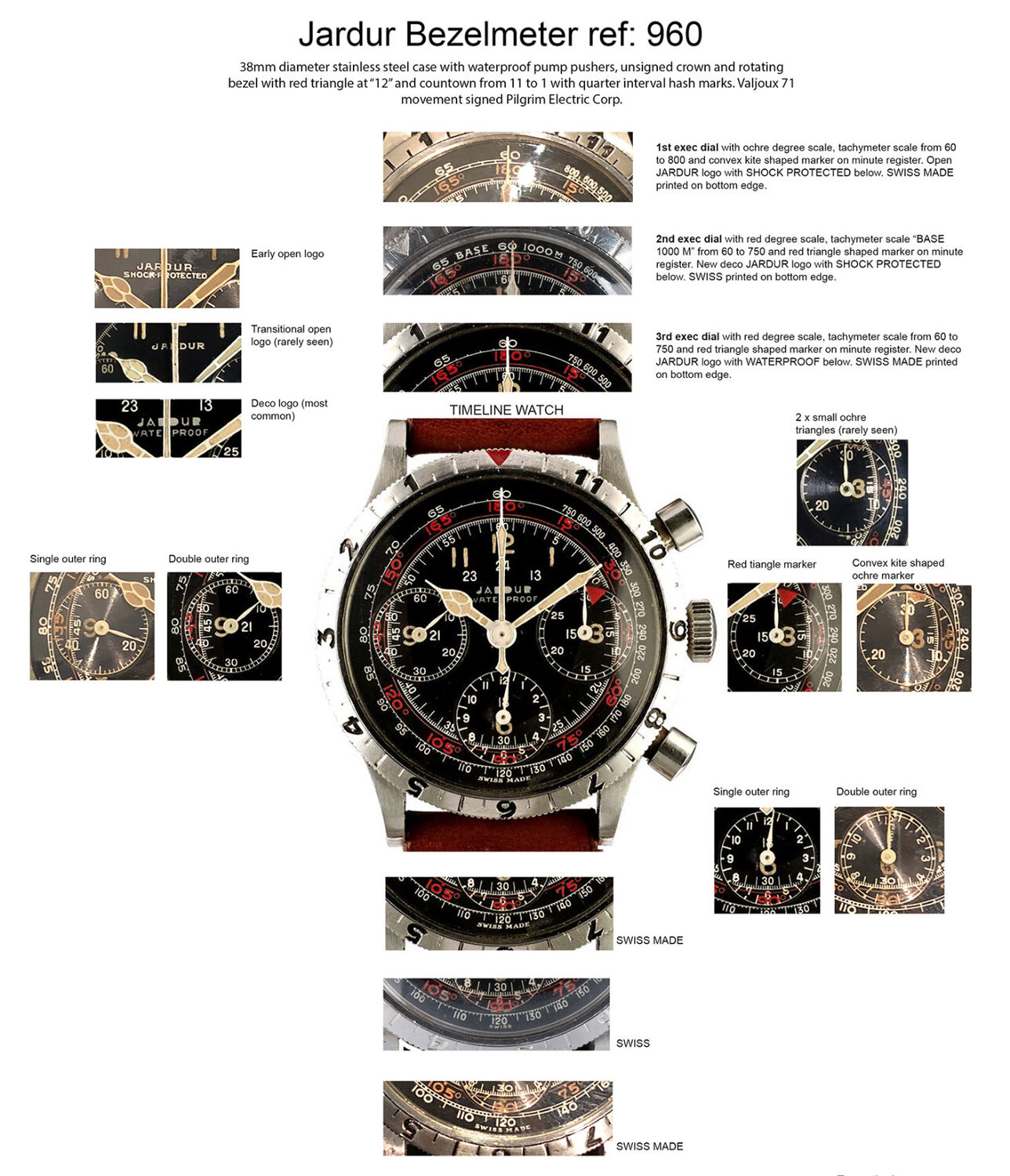