In 1969 Heuer launched the Calibre 11, the first automatic chronograph movement and the Autavia 1163 was born. Various dial, hand and bezel combinations were offered and the movement progressed to cal. 11-i and eventually cal. 12. The most sought after Autavia 1163 is the so called “Siffert Autavia” named after the legendary Swiss Formula 1 driver, Joe Siffert. This example features the white dial with black sub registers. The most numerous of all the vintage Heuer watches is the Autavia 1163 Viceroy with black/white dial and red accents and red striped hour and minute hands. Another notable example is the so called "Orange Boy" which is similar to the Viceroy but with orange accents instead of red. A key feature of all Autavia 1163 cases are the fluted pushers with a recess cut into the top side of the case. The crown at the "9" position is always signed and the lug width is 20mm. 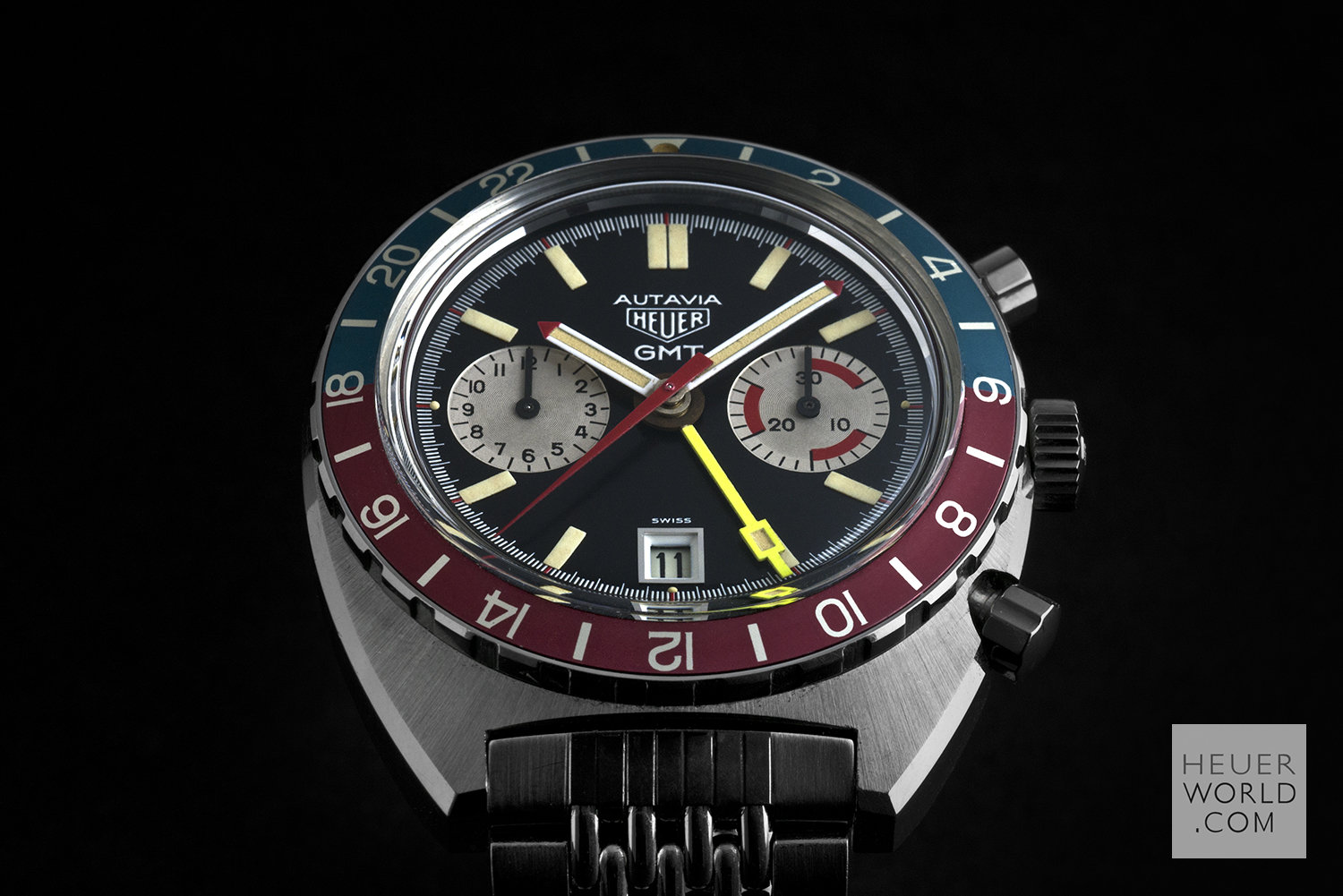