Heuer introduced its line of "tide indication" chronographs in the early 1950's and continued production into the early 1970’s. The majority of these watches were sold under the Abercrombie & Fitch “Seafarer” name however Heuer retained and sold the same watch using the model name “Mareographe”. These watches were aimed at the water sportsman and included a unique tide indication (dial at the 9 o’clock position) as well as a 12 hour chronograph and a 15 minute yachting countdown indication in the minute register at the 3 o’clock position. Heuer modified existing cases used for other models such as the Carrera 2447 and Autavia 2446c to incorporate the additional pusher at “9” to set the tide indicator (see Abercrombie & Fitch section for examples of the Seafarer.) 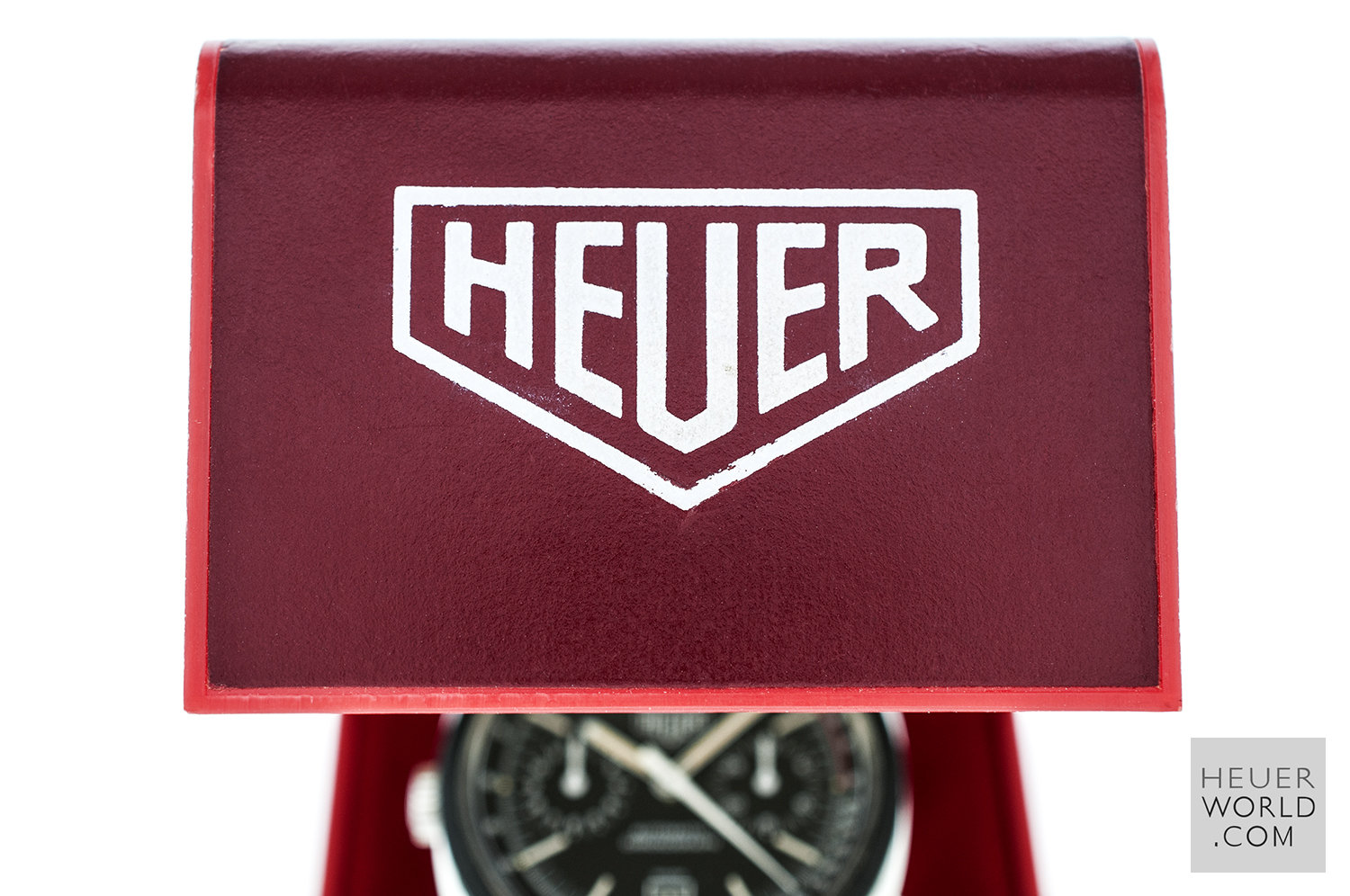