One of three models Heuer used to launch the Calibre 11 movement in 1969. The classic square case, blue dial with white sub registers and red accents is know as the McQueen Monaco and was featured extensively on the wrist of Steve McQueen in the film, Le Mans. Early dials were metallic with straight, rectangular steel hands which evolved to a matt finish with brushed steel hands and red accents. Movements include cal. 11, 11-i and 12. 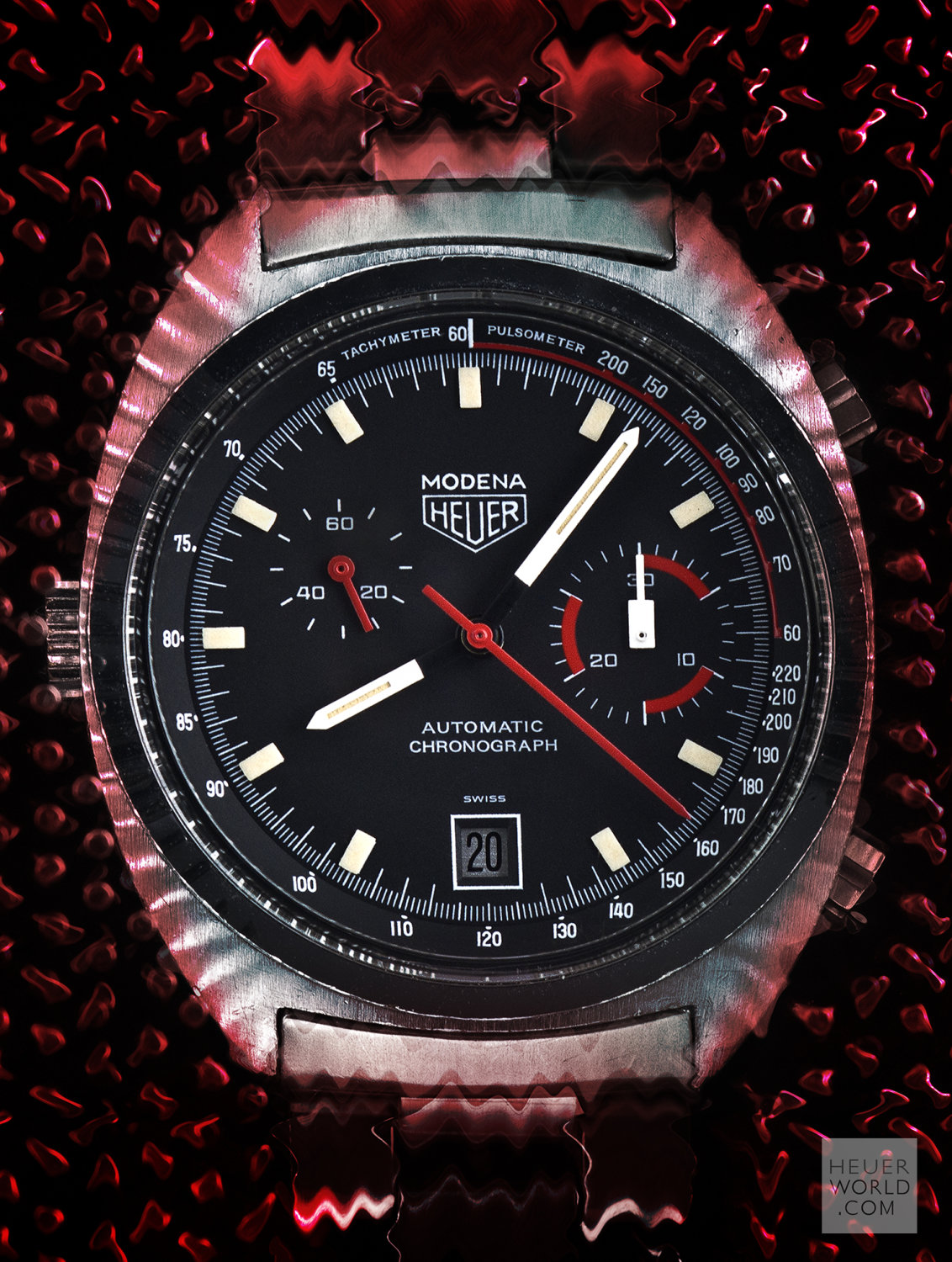