The Carrera 2547 or Dato 12 is the most complicated watch produced by Heuer featuring a 12 hour chronograph, day, date and month indicators and powered by a Valjoux 723 movement. These are Carrera’s with a difference. No name on the dial and two unique cases the first having “fat” lugs and screw back case dating to around 1962 and the latter with thinner lugs and snap back, produced from 1967 to 1971. Dial variations are either white, black with white or silver registers and the super rare white with black registers, an example of which came be found in the Tag Heuer museum. Early examples have plain steel hands and round pushers and later examples have steel and black stripe hands and fluted pushers. Short steel hour markers on the dial remained unchanged. Gay Freres bracelets were supplied with special 18.8 mm HEL end pieces (normally 18mm on standard 1960’s Carrera cases). Early examples have the blue crescent date indicator and later examples have the red cresent. 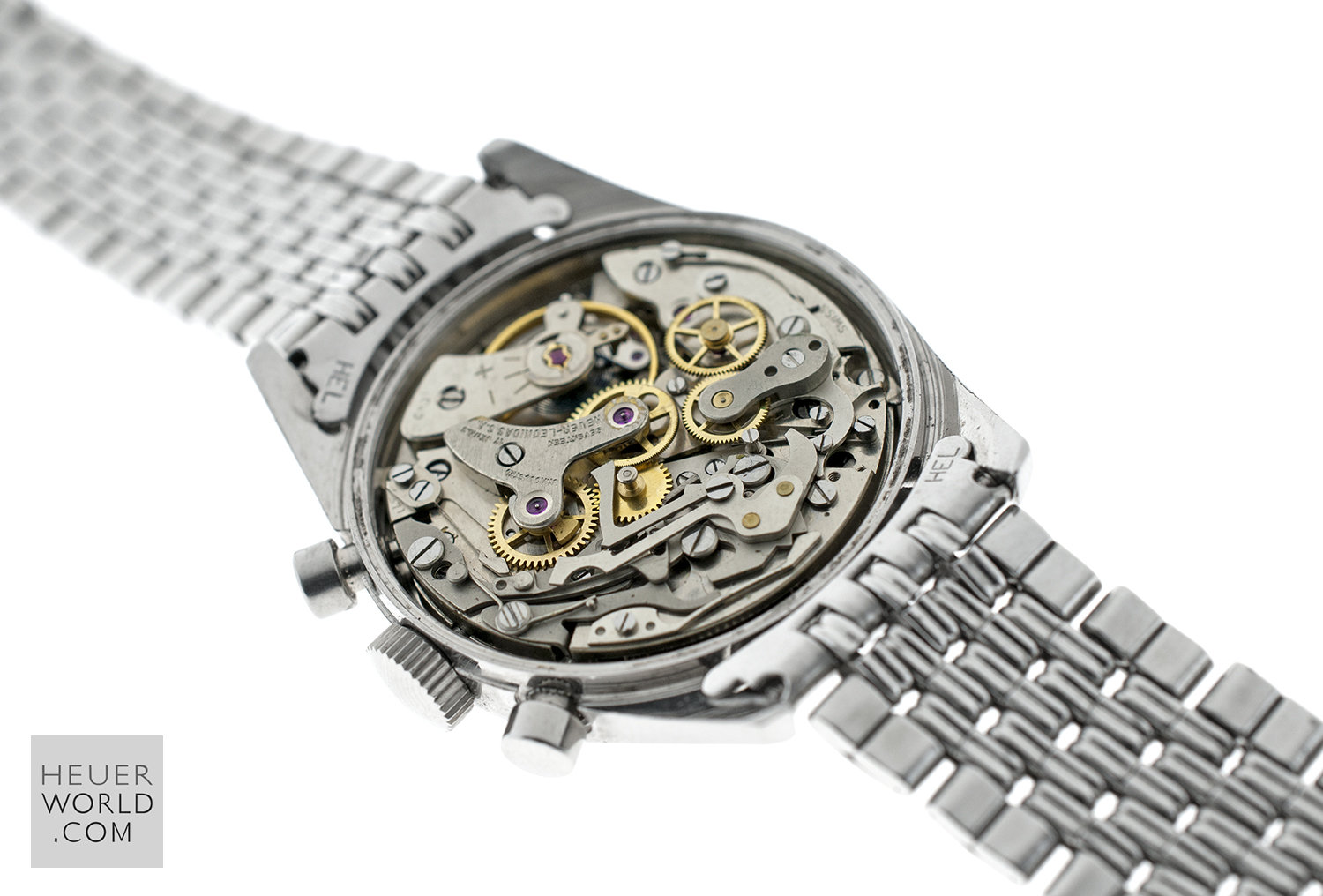