The Heuer Modena is yet another oddity from Heuer that makes collecting them that bit more interesting. The Heuer Modena and Monza are identical in every aspect except for the name. The Modena is only found in the 1977 German catalogue whilst the Monza appears in the English version of that year and in subsequent years up to 1981, the later examples withot the Monza name. The reference number is the same so general consensus is that it was a market specific watch (Germany) and made in low numbers compared to its sibling, the Monza. The case is chrome plated brass with Calibre 15 movement. Very few examples with the Modena name have surfaced but those that have include a Calibre 12 version as well as a black PVD coated Calibre 15 example. The bracelet is also unusual with large spacing between the links and a ratchet type adjustable Heuer signed clasp. 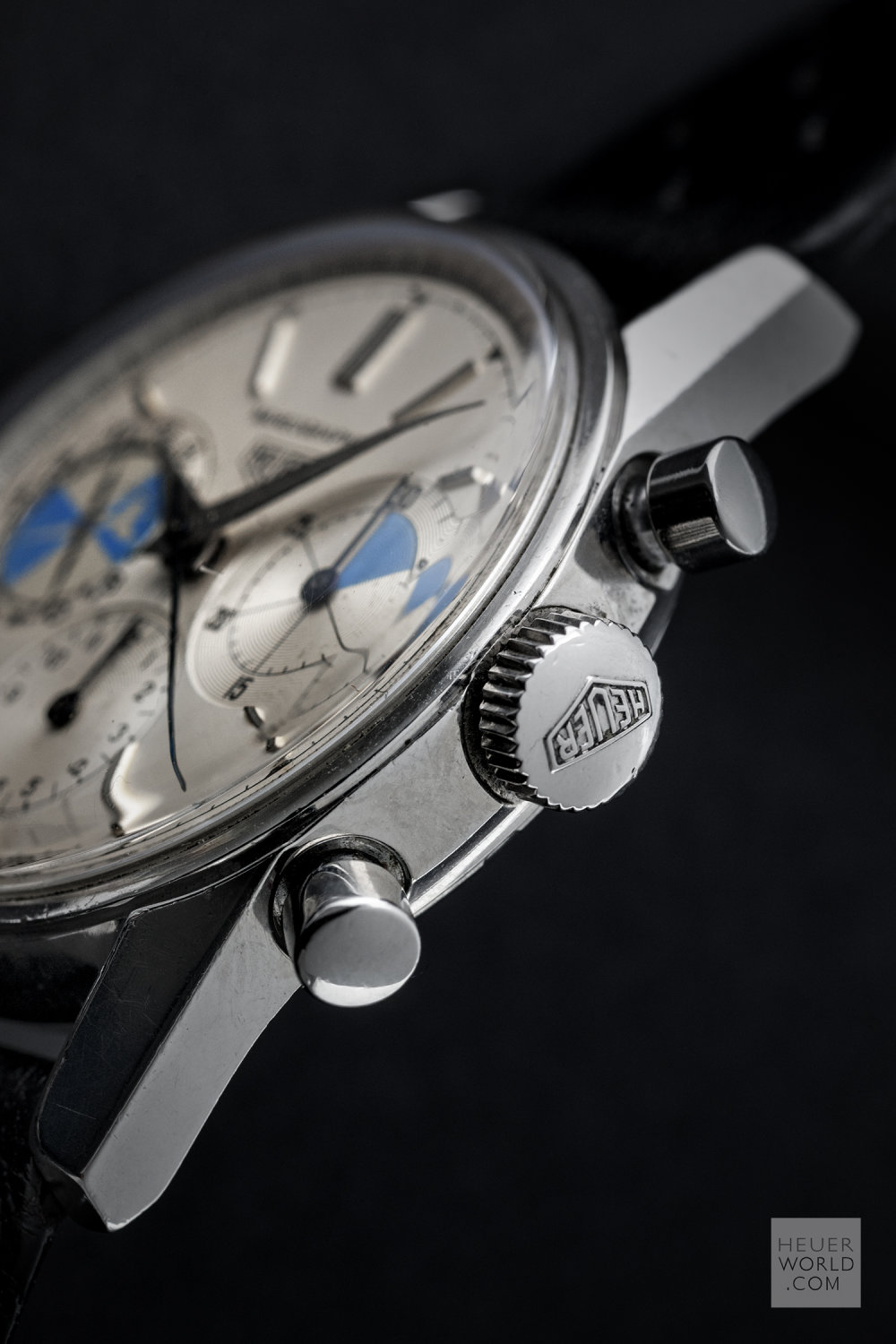