The Pasadena 750.501 was another late example of a mechanical chronograph from Heuer at the time (early 1980’s) when quartz was becoming the dominant force in the wrist watch world. An automatic Valjoux 7750 movement with day & date feature, running second hand and 12 hour chronograph recorder was house in a sleek black PVD coated case with mineral crystal and optional unsigned PVD bracelet. Over time the PVD proved unsuccessful and most examples show more than their fair share of wear on the case and especially the bracelet. The so called "no name" Pasadena refers to the same reference with the same case and movement but with slight dial differences and the no model name. 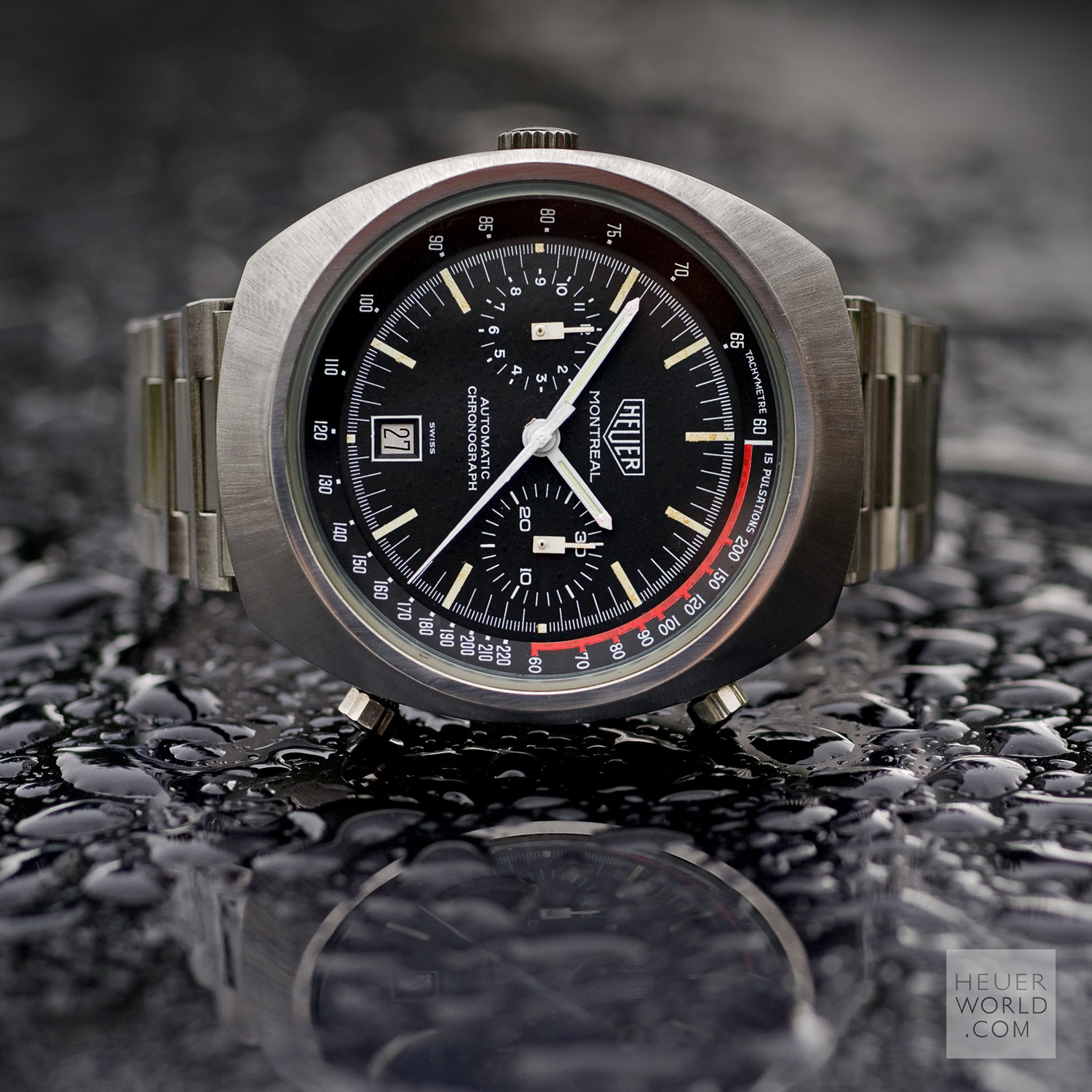